Goa is just so amazing. I don’t know of anyone who isn’t thrilled about going there any time of the year – be it off season or during peak time. It just beckons you. So, how could I say No when my hubby asked me if I would like to accompany him for a couple of days. I jumped at the offer and then of course regretted it. The hitch was that if I had to go, it had to be on the bike with him.;)  Lolllzz, yeah an 8 hour journey on the bike was a first for me. The longest i have done is 2 hours one way on the bike.. 😉 That really doesn’t count for anything, does it? 😉

Anyways, I decided to take up the challenge since more than anything, I desperately wanted a get away. Worst case scenario – I would just be almost collapsing and hubby would book me a flight to get home. 😉

Well, in retrospect I feel like a tigress, having survived it. We were on the road for 12 hours both while going and coming back. The last leg of the journey is always painful, so an hour or two before we reached Goa I had had it. I was even ready to walk it down.. yeah that much drama was ensuing in my head. But, my hubby was extremely patient and he kept pushing me..

Finally,  I made it and I couldn’t be gladder. Of course, the remaining 3 days also we were on the bike wherever we went. 😉  But, I enjoyed myself, after all it was Goa.

We were attending Rider Mania which is an annual biking festival and it is a 3 day madness of just endless Bikes and Beer. One cannot fathom which is more in quantity, the number of spruced up bikes or the overflowing beer. To add to that I haven’t seen so many men all enthusiastic about shopping. There were lovely stalls put up of biking accessories right from biking gear, tees, silencers to some really cool gadgets. It even got me interested and I enjoyed browsing around.

It was an amazing experience and I am glad I agreed to go. My hubby is a little foxed as I actually told him let us plan next year as well. lollzz 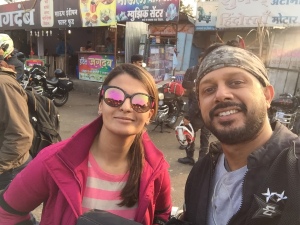 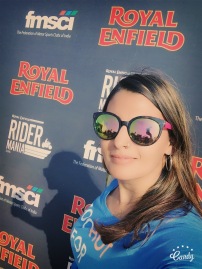 Until next time Stay Fab and Keep Scribbling!! 🙂